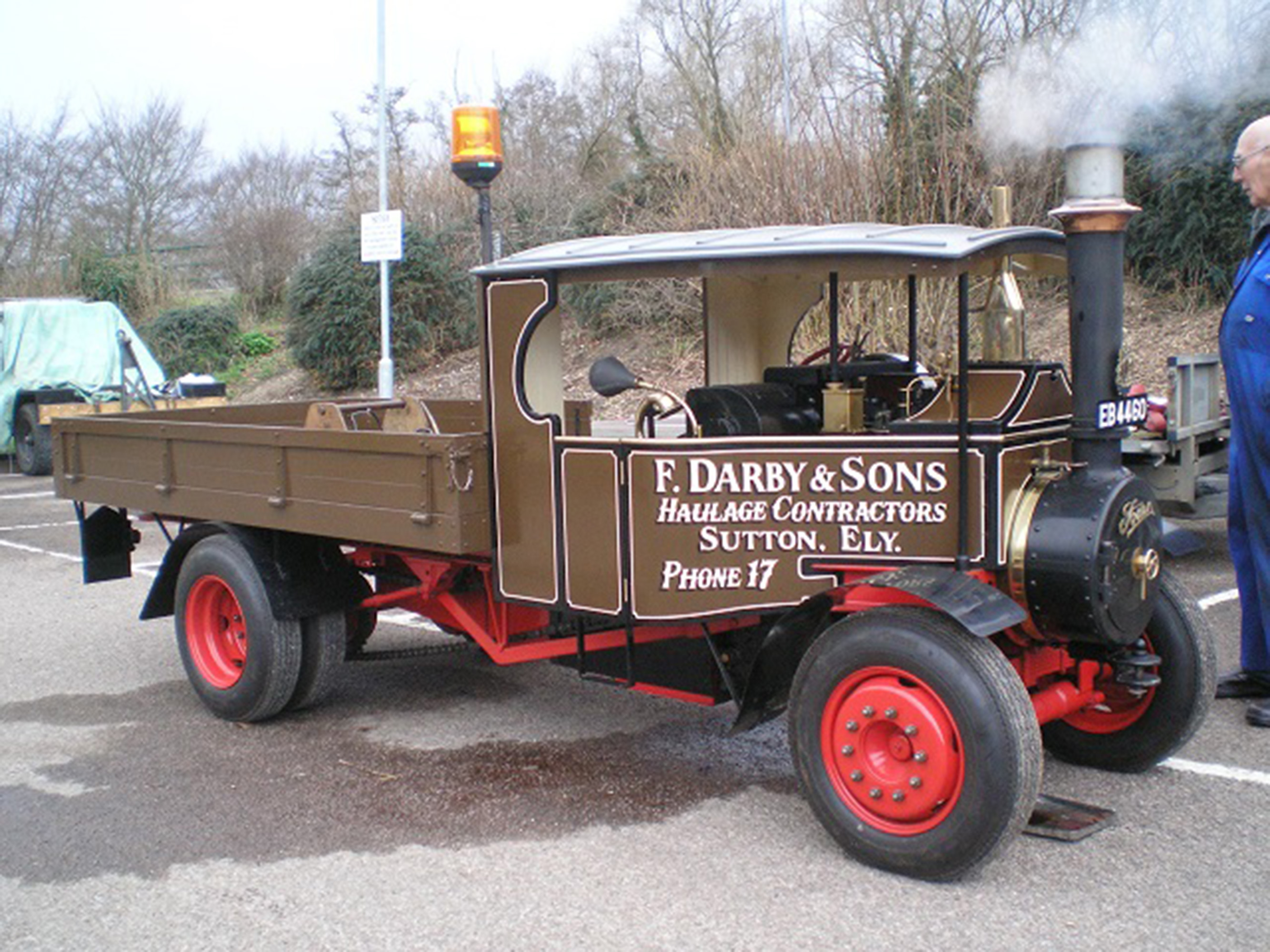 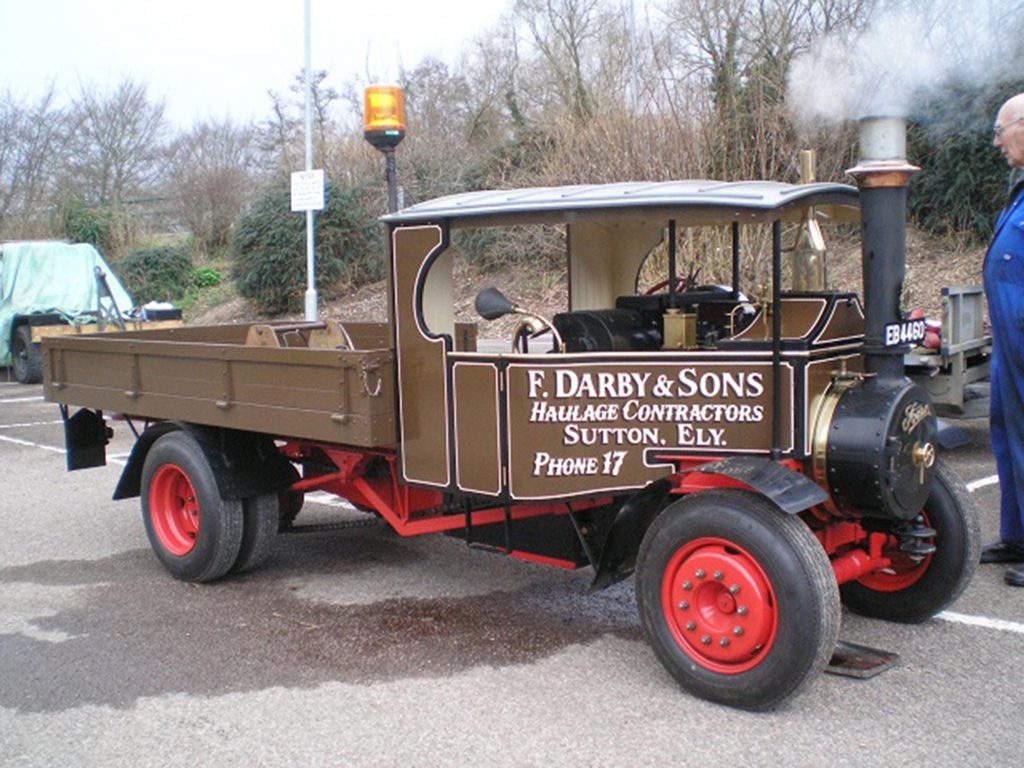 Easter usually marks the opening of museums and attractions around the country, and the Charles Burrell Museum in Thetford is no exception. Dedicated to telling the story of the St Nicholas Works where nearly every Burrell engine was built, the museum occupies the former paint shop of this world-renowned engine maker.

The adjacent car park saw many full size and miniature engines in steam. Chris H had been instrumental in the organising of the miniature traction engine contingent, and his efforts were duly rewarded with a good array of engines turning up. Club members’ engines included Peter G’s 3” Aveling & Porter tractor, Derek’s 4” Burrell DCC, Andy’s 4 ½” Burrell agricultural, and of course Chris’s 3” Minnie “Scallywag”. Roy was also exhibiting his latest creation, a 6” scale single chain Burrell steam wagon. It was the first time I’d seen this wagon in steam and together with its matching Gold Medal traction wagon it made a very impressive sight.

Other miniature engines included a 4” Burrell Scenic showman’s road loco, a 4” Garrett agricultural, and a pair of 6” Foden wagons. One of the Fodens had been modelled with a brewers dray body; a rare and splendid thing to see. The other Foden had been recently completed and was carrying the livery of Fred Darby of Sutton, the sand, gravel and engine dealers. It ran beautifully and looked stunning with its well-executed sign writing.

Inside the museum were displays of model railways, some wonderful prints and paintings of traction and showman’s engines, and the whole array of the museum’s own collection. Also on show was a model of the Burrell-Boydell steam tractor. This was a very interesting exhibit as it shows the complex system the “Patented Endless Railway System” of the wheels. The idea never really caught on, but we must all be grateful that someone is researching and building a miniature version of this unusual machine.

At around 12:30pm some of the miniature engines gathered outside the museum in preparation for a road run through Thetford, just as the weather took a nasty turn and the rain started; typical! The museum’s roller also went along for the run, with “Little Billy and the Foden dray also taking to the road. With most of the engines out on the run we thought we would head for home. We can only hope that those who went out on the run got back safely, enjoyed themselves, and managed to dry out quickly! (See note below).

A great opening event for the Charles Burrell Museum, with many members of the public admiring the engines, taking photos, and chatting with the engine crews. Many thanks to all those who helped to make it happen.

Note: The road run wasn’t a huge success in that the rain came down in buckets damping enthusiasm somewhat! The route could have been planned a bit better as well, but on the whole it was a laugh, I guess that’s the main thing and best of all no one was crushed by a twenty ton lorry! It will be better next time, the last week in October, one for the diary.