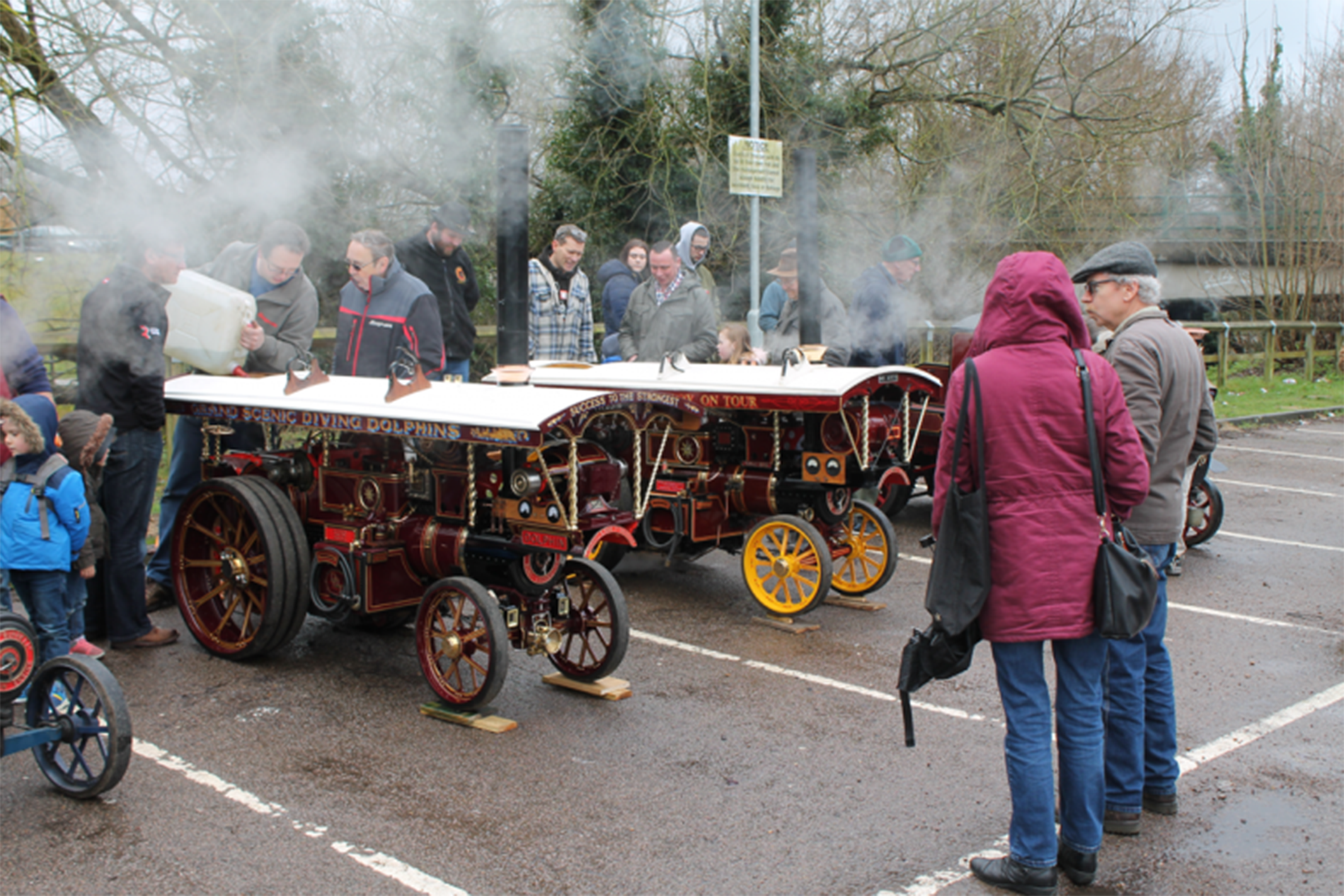 Easter Sunday was the first open day this year, the Museum being closed during the winter season. The weather was not on our side and it was cold and wet.

Dave and Peter T showed two really lovely Showman engines (Excuse my ignorance if they were not showman’s) very neat and there is something about a traction engine, no Hussle or Bustle, just plink, plonk, plink plonk, very pleasing.

Ray R had his steam car and there was a very neat “Foden” lorry which ran very nicely. The museum was packed, it showed a lack of “ ealth and safety “ in Mr Burrells days. How they turned out such heavy engines with such basic machine’s one can only guess?

Chris H traction engine was absent, perhaps it was raining too much.