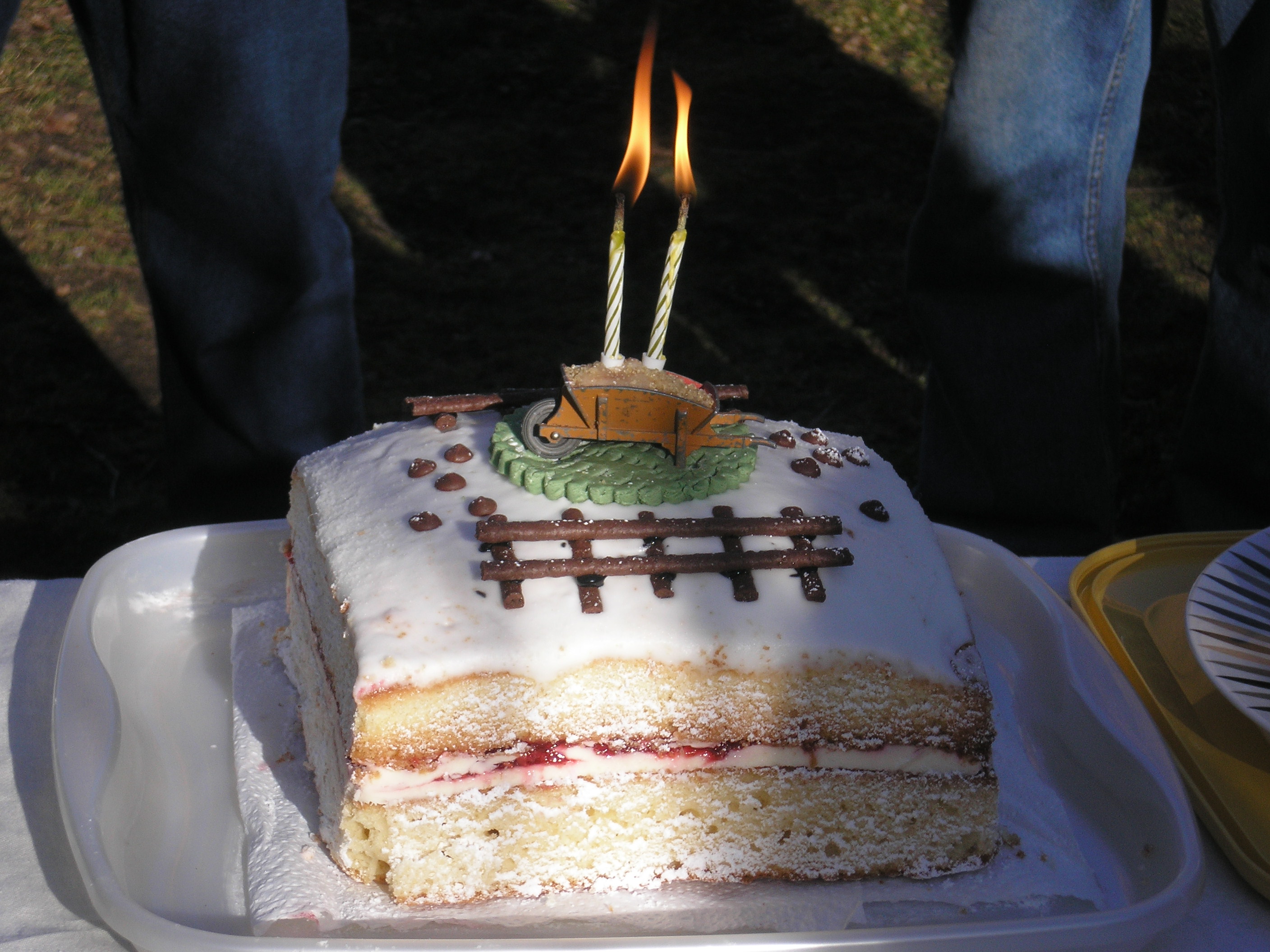 It has been two years, 120 tons of ballast and many metres probably 1000 metres of gravel boards, nearly 1000 very heavy blocks and some 6500 hours of work done, by, well almost everyone in the club at one time or another, but really by a dedicated work force of a few.

So, Saturday is our play day, so it was decided to have a few engines running and we would have cake instead of biscuits with our tea.

Wives once again stepped up to the plate and provided us with three delicious cakes, all in the general theme of work and railways.

Two “Sweet peas” came into steam and “wow” Geoff E engine “Sherpa” has been totally transformed, looking very Indian. Ken W pulled a rake of waggons bought in by Kevin B and this look very good and sounded even better. Ralph R who had tested his new acquisition the day before went around very sedately even though there was still a bit of a squeak, a giant of an engine which will pull a very large load, we will see. Off to the paint shop now.

Our new junior member Sam H enjoyed driving his electric loco round, this is what BDSME needs, youngsters who are as keen as he is.

Jason C, drove the club electric round also, he bought along a friend from The Kings Lynn club, together they seem to have a super time, especially as they were all tied to the inside circuit, not because the outside circuit was not working, it was because Peter and Dave T had bought an engine they had been working on for a client along for a road test. It was a 7 ¼” gauge Bullied Pacific.  A superb model and I imagine a delight to drive. Peter and Dave were pleased after the run, so were we, an absolute superb model steam engine.

Ray R bought along a stationary i/c engine, it ran well and was very nice.

It was also great that Mike S had spoken the Roy Butcher and Roy had agreed to come along, it was nice to speak to this former member of our club and to take cake with both Roy and Rodney Clarke who was also at the celebration.

OK it was time for cake, three different models, by three different people but none the less each was delicious, not much was left, and nobodies arm was twisted to have another piece. Thank you, ladies, very much, it made the day.

Thanks also for all the people who attended even at such short notice. I do hope I have not left anyone out who had a loco, but if I did please put it down to age and forgetfulness.

A very pleasant day, lucky with the weather, and a fitting way to mark the two years of hard graft that we have all put into this project.