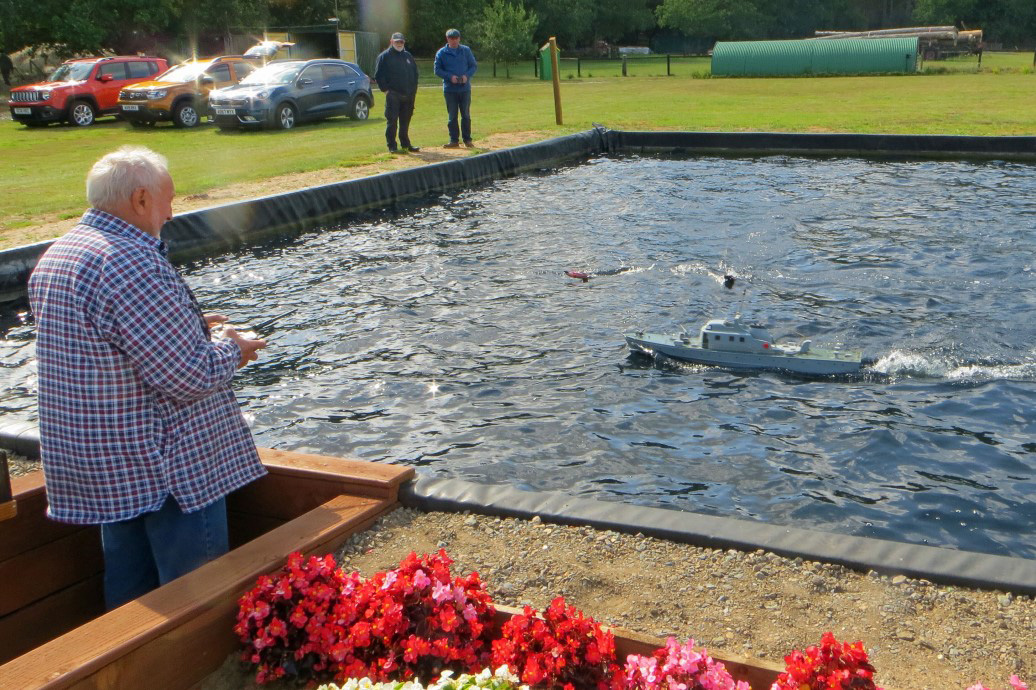 Saturdays Family Running Day on September 7th was well attended and there was some interesting boats on the water and equally a nice range of Locomotives, with several Traction Engines. “Little Barford” was running too! Everything went well – the Marque was up in “The shake of a lambs tail”, the BBQ was absolutely “Stonking” with some very tasty burgers; sausages; bacon and onions – thank you all for a wonderful donation to the food.

This was our 25th Anniversary of the inauguration of the track at Weeting and it went well. Thank you also for the super, super cakes, I had one slice of the chocolate cake and went back for another and there was none left, so that was testament to either every one was staving or it was all very nice. We even had music, and a raffle, thanks to two of our charming ladies who charmed the money from you, all orange tickets and lots of prizes so again thank you, thank you, thank you.

Ralph R “Marham Monster” and train with Geoff B.

Geoff B with his Brother’s 08. Is there no limit to this man’s talent?

Just look at the spread! The food was great. Thanks Mike S.

Father and Son having a great time stirring up water. What a difference.