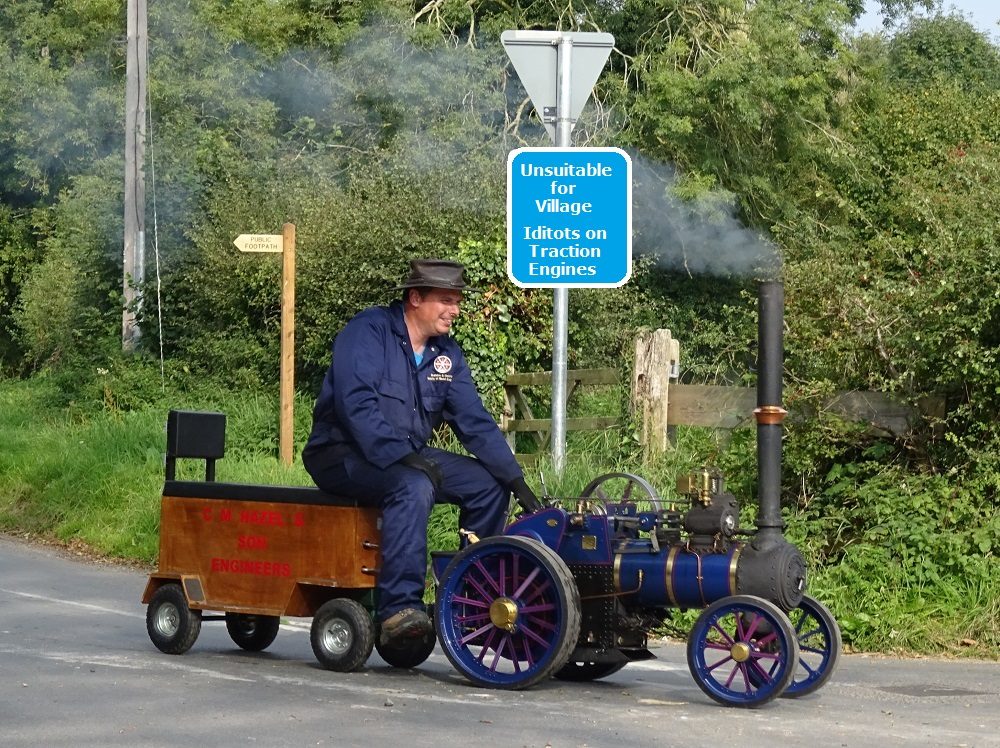 Having not been to Forncett Industrial Steam Museum for some time, we decided to have a trip there for their Model Engineers Day on 4th October.

Located in some of the deepest parts of Norfolk, this museum of myriad stationary steam engines large and small is living proof of what can be achieved when you put your mind to it. Begun by Dr Rowan Francis and thanks to his determination and at times quick actions, it now houses a large collection of stationary industrial steam engines that would otherwise have been scrapped and lost forever. The engines are kept in two well presented purpose-built engine houses, with a separate boiler house with line shaft-driven workshop. All of these engines are of historic importance, but they include at least one engine of iconic national importance. Namely one of the compound engines from Tower Bridge in London that used to provide power for the bridge’s bascule mechanism. It is seen here at Forncett in beautifully cared-for condition and fully working.

In one engine house you can find the large Dover engine; a Worthington-Simpson triple expansion engine that was used for pumping water for Dover and the surrounding area. A fine machine that was viewed running; very impressive! In this same engine house can be found two other distinctly different examples of steam engine. There is a compound beam engine of the late 19th century at one end, and a rare and small example of the Parson steam turbine at the other; a huge difference in technology between them. You have to keep pinching yourself that all this lovely stuff is housed in this tiny village, miles from a good main road! The task of getting all this here must have been a truly mammoth one!

Above the main engine house was a varied exhibition of models including rail, stationary, aircraft, and road steam. Some very good work was to be seen here.

Outside in the glorious autumn sunshine were around sixteen miniature traction engines in steam and chugging about. Among them were no less than four club members’ engines.Thee was a good variety of engines present ranging from a 3” scale Aveling tractor, through to a 4” Burrell Scenic showman’s engine, right up to a 6” scale Burrell agricultural with accompanying traction wagon.

There were also a couple of full size engines present; an Aveling roller and an Aveling tractor. The Aveling tractor had roaded over that morning from nearby Wymondham. Ray also had his steam car there and steaming around.

The full size and the miniatures engines had a small road run of about a mile to a nearby tank museum and back again. All those who took part enjoyed their trip and I believe all entrants returned successfully, (We did, Ed)

A large array of classic cars was also on display, together with a couple of classic motorbikes, and a small steam launch.

If you haven’t been to Forncett Industrial Steam Museum, you really must! It is a well presented and fascinating place to visit. See their website www.forncettsteammuseum.co.uk for more details of steaming days and other events.

While we were at the Tank Museum of all things a Delorean drove into the carpark, caused more interest than all of the traction engines, mind you I have never seen one either. I have since found out that October 21, 2015 (a few days from when this was first published) is one of the dates entered into Marty McFlys time machine in the film Back to the Future! Where’s my “HoverBoard”? Science and Hollywood has seriously lied to us!