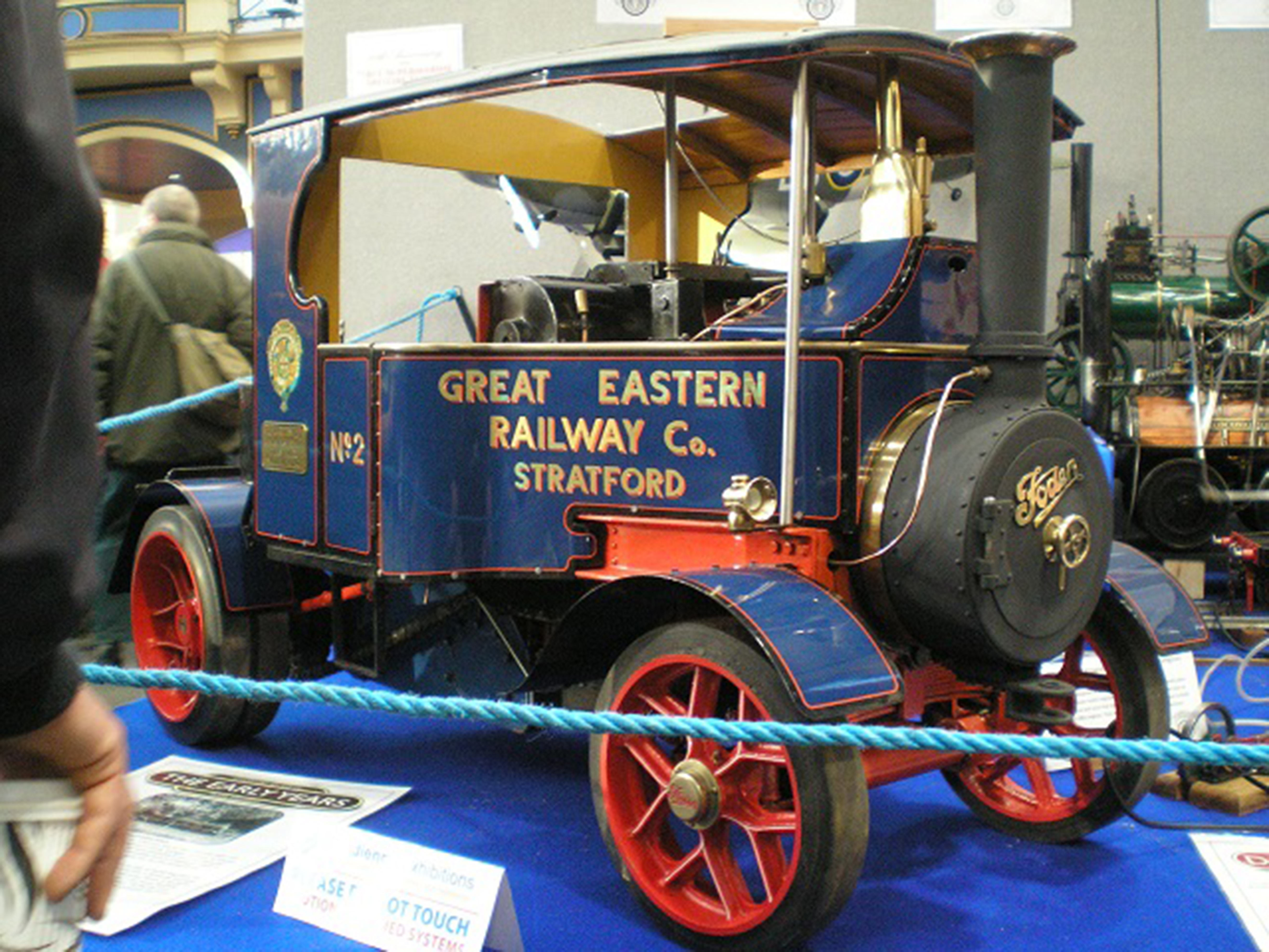 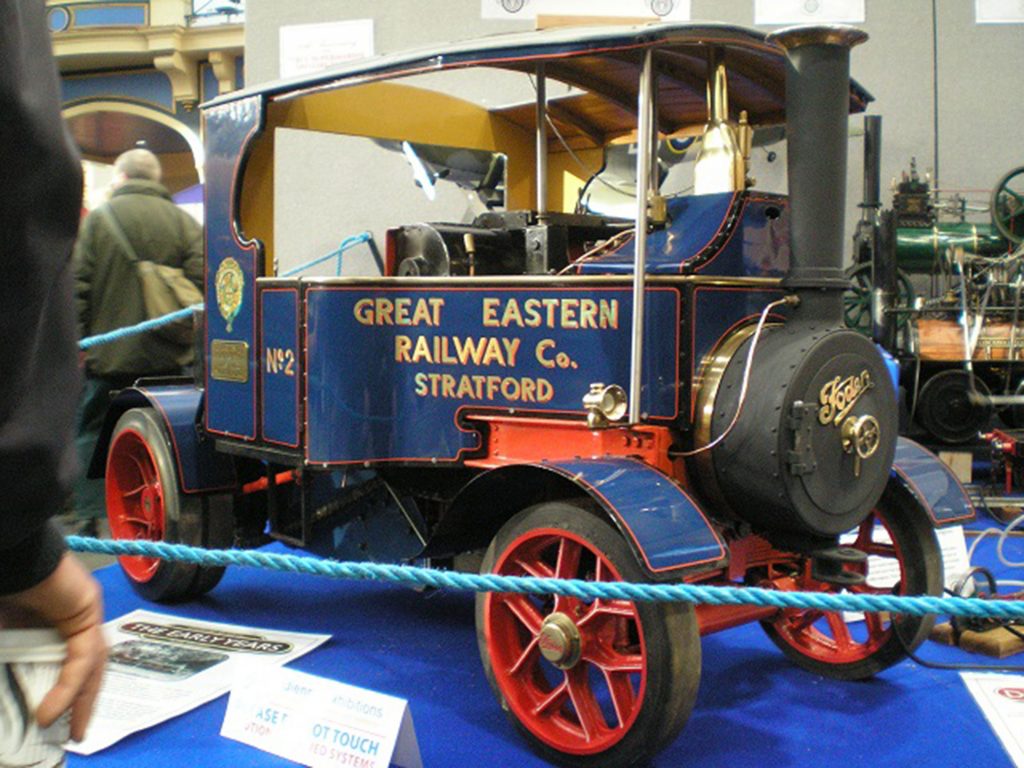 The annual exhibition at Alexandra Palace in London is always a worth looking forward to. With many models and suppliers to explore, it’s also an occasion to see friends and make new ones. Whilst it can be said that therewas not a huge amount of road or rail steam in the sizes that most of us in theclub play with, there was still a few gems to be found within the selectionpresent. I’m sorry to say that due to my inadequate photography skills and the iffy light in the exhibition hall, I was unable to get many photographs.

A 5” gauge Bulleid “Pacific”under construction was displayed on a very neat revolving stand. This allowed us to view underneath the loco to examine much fine a fiddly work. This model is fitted with outside and inside Walchaerts valve gear, with a set of gear for each cylinder. Fine gland construction and springs were noted. The pony truck as shown from beneath revealed just how much work goes into this part of the loco alone.

Adjacent to this loco was a very nice 5” gauge BR Class 7 “Oliver Cromwell”. A mighty beast indeed. Staying with rail steam, the Gauge 1 boys were once again putting on a great display. These diminutive meths-fired locos looked great pulling scale coaches and wagons. A Stanier rebuilt LMS Royal Scot looked and sounded very nice as it effortlessly steamed around the track.

Even smaller than Gauge 1, the OO gauge live steamers showed their miniscule yet impressive locos, with an A4 and an A3 chuffing around the layout in a manner that I’m sure Gresley would have been astounded at!

On the other end of the spectrum of gauges was the 10 ¼” gauge Society’s stand. The loco on display this year was a model of a GER G15 tram as supplied to the Wisbech & Upwell tramway, as well as docks around the east coast of the Anglia region. Although powered by electric motors and not prototypical steam, it was a very attractive rendition of these little trams.

There was not a large road steam contingent present, although there was a selection of engines there. A 4” scale Burrell Scenic showman’s made to the STW kits was finely turned out, as were a couple of 4 ½” Burrell agriculturals. A 3” scale Foden tractor was resplendent in its Great Eastern blue and sign writing.

The Tamiya Trucks whilst not on the radar for many model engineers were very well laid out and were happily entertaining the younger visitors…as well as the old! A 360 excavator was seen loading a six-wheel Mercedes lorry with soil. This seemed to captivate many bystanders, including a few that could be described as dyed-in-the-wool model engineers. It just shows that we’re all just keen on toys, no matter what they are!

Many model boats were on display, from exquisite model steam launches to battleships and tugs. The hydroplane stand was once again showing videos of their craft in action; all terrifyingly fast!

Of the club stands present, one of the best must have been from the St Albans club. A refreshing diversity of exhibits form standard and narrow gauge locos (one of the best probably being a model of “Locomotion”) to stationary engines driven by hot air, internal combustion as well as steam. A very impressive display indeed.

Other things to be seen were several 3-D printers at work. A fascinating technology and one that I’ sure we will see more of in the near future. Ornamental turning and engraving was also on display. One piece of brilliant whimsy was a machine created to solve real Rubik’s Cubes. The machine itself was made of Meccano and was driven by a computer and camera combination. Wonderful stuff!

Once again it was a pleasure to see these lovely models and chat with the exhibitors and fellow visitors alike.