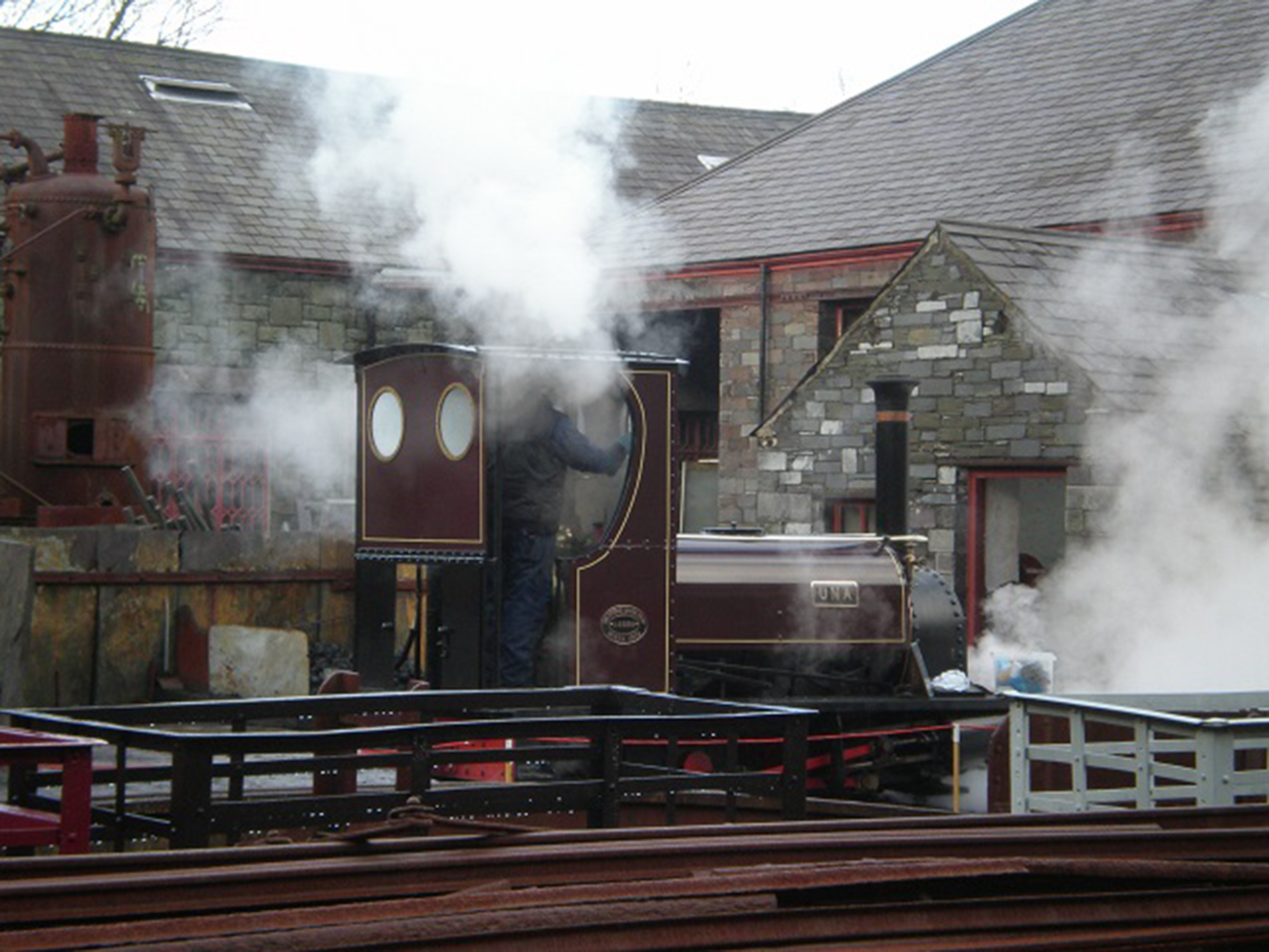 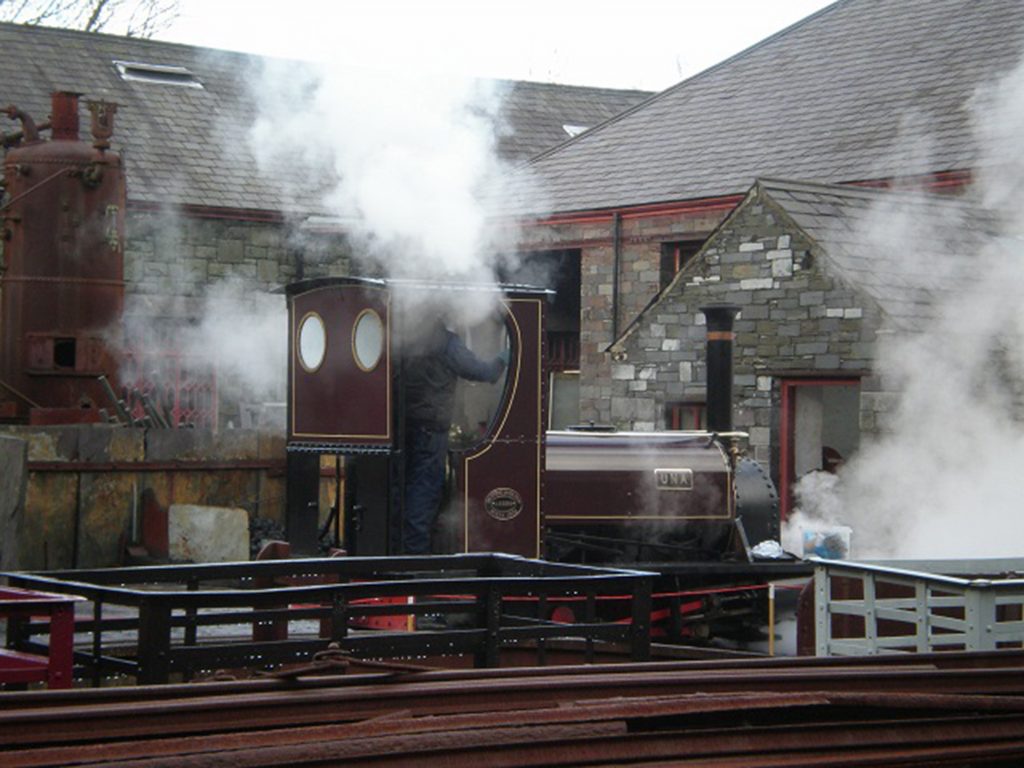 “What has a railway event in North Wales got to do with our club here in sunny Suffolk?” I hear you cry. Well, over many years now I and other club members have attended and exhibited at this exhibition. Locos of various gauges have been displayed and used here including steam, petrol and electric. I exhibited both my model Burrell Scenic showman’s and my Burrell agricultural engine at shows here in the past. One of our club coaches even had its test run here about twelve years ago!

Hosted by the National Slate Museum at Gilfach Ddu near Llanberis, between the Snowdon and Elidir mountains, it coincides with the half-term holidays. This is indeed a majestic setting. The museum is housed in the workshop buildings of the old Dinorwig slate quarry, and it is a fascinating place to visit. The quarry closed in 1969 and the museum was established soon after. Much of the original equipment is still in its original location. This includes the machine shop, pattern shop, forge and foundry. Power for the machinery came from a 50’ waterwheel made in Caernarfon by De Winton & Co (of vertical boilered loco fame!) and a lot of line shafting! The big waterwheel was made redundant when a smaller but more efficient Pelton waterwheel was installed. The De Winton wheel is still in situ, it still turns and you can walk around it; very impressive! Everything for the quarry was made here. Even the window frames had their patterns made here and were cast here, too. A brilliant place to visit if you’re in the area.

The railway exhibition this year included some lovely scenic layouts in OO gauge, a great 16mm layout with many narrow gauge steam and battery electric locos running, and a 5” gauge railway giving rides outside.

The museum itself owns a collection of very nice model locos, including a 5” gauge Quarry Hunslet. This model is based on a class of engine similar to the museum’s full size Quarry Hunslet “Una” of 1905. Many engines similar to “Una” were to be seen working here at Dinorwig during the quarry’s working days, chugging about up on the galleries of the mountain itself. What a sight they must’ve made! “Una” was in steam during the model exhibition and looked just right in her industrial setting. A few years ago I had a ride on the new section of the neighbouring Llanberis Lake Railway on the footplate of this great little engine; brilliant fun!

The event was accompanied by some typical Welsh weather so it was difficult to get many photos of the goings-on outside. However the damp conditions did make it very atmospheric! We all had a great time here, talking to the visitors and enjoying the company of the museum staff, many of whom are ex-quarry workers. Demonstrations of slate dressing and splitting were seen and I’m always impressed with the skills on show. It’s incredible to think of the thousands and thousands of slates a man would’ve split in his working life.

My thanks to Paul and all those who made this such an enjoyable event.